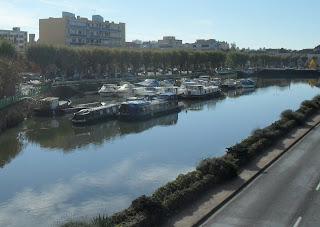 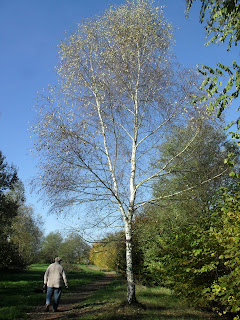 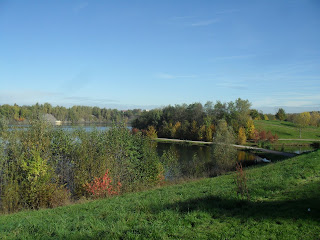 Hi everyone, yes you are right it is about time I sat down and updated this Blog.  Well many excuses but  that would be boring if I went into them so instead I will just write ..here it is at last.

The last time I wrote on the Blog was just after we left  the french hunt and had our little accident with the rudder.
Since then we have met up with our friends Marion and Harry, and Robert and Lynn at Generlard and also managed to load up with lots of logs for the winter before setting off on our final journey of this year down to Montceau-les-Mines.  I have posted our official postal address at the bottom of this Blog in case anyone wants to send anything to us between now and next spring.

We had a great few days at Generlard, where we ate and drunk far too much,  It is Harry’s fault that I am now not drinking during the week and consuming lots of lettuce so I can make it though the doors on the boat.

Teresa and I reflected recently on how many boating friends we had made this year.  We are now moored next to Peter and Angela on their barge and we met them in Belgium last winter.  It is often said that the world is a small place, well if that is the case then the waterways of europe are infinatley smaller and I have no doubt that as we travel around burgundy and beyond next year we will meet up many old friends and make even more new pals.

The pictures above show our winter mooring and a couple of views of the parkland near the boat, great for walking and as I am trying to get rid of the excesses of last summer Peter and Angela’s dog Kes is geting frequent walks. It is working I have lost half a stone in the last 2 weeks but there is a long way to go.

The weather is holding good so far with warm autumn days and a few cold nights, the log burner has been very comforting.

We have started french lessons with Marie-Claude, a local teacher and so far so Bon, how much my old and worn out brain will retain is yet to be tested but we are giving it a go.