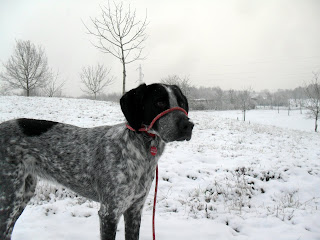 We are now in the depths of winter having escaped all the snow and ice up to now.  The good thing is that we are now at the end of January and as such it is only 4 weeks until March and officially spring. 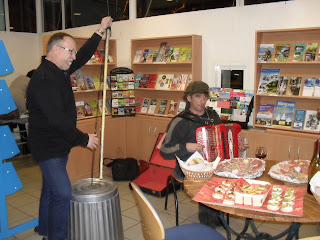 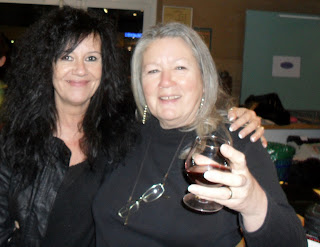 We managed to fit in a little party up at the office last Friday and the music rang out, food was consumed and the wine flowed, a good evening.
This morning I awoke to take Gladys out for her constitutional and we were greeted by a blanket of snow about 2 to 3 inches thick.  Gladys was funny she has not seen snow before and it was all very exciting and scary at first. But over the park it was great fun until I chucked a snowball at her and she looked decidedly unimpressed. 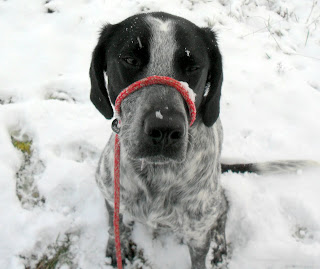 The forecast is for very cold weather for the next 2 weeks, but we have plenty of logs and the boat is very cosy when the fire is going well.  I have been in contact with VNF as the canal is closed for the time being with no movement allowed; however, they seemed optimistic that I could get under way early March if we have a bit more rainfall.  Getting itchy feet now and looking forward to firing up the engine and beginning the season.
Man phones a toy shop and enquires if he has any airfix models of cruise liners in stock.  The man replies ‘you are in luck I have one left in stock’ ‘Oh good’ says the customer, ‘could you put it to one side for me’ ….well I thought it was funny