Where is Harry when you need him?

As you know from the previous entry we intended to stop off at Genelard to pick up our supply of logs for the winter, but the OMG expression on my face says it all . I had forgotten how many logs we ordered last year and I just said bring the same.  The difference is last year  I had some serious help from Harry and Bob because I had a bad knee last year, I did, I did, they did most of the work.  Not only did the logs have to be stacked on the roof but over half were too big for our little fire and had to be chopped down to size. 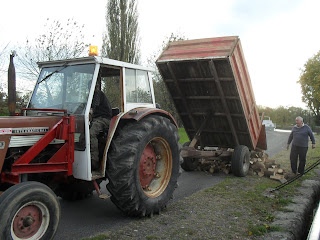 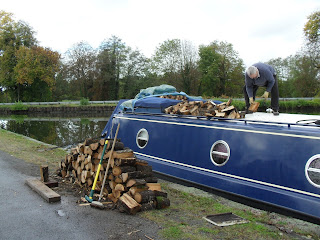 The chopping and stacking was hard and it was not just my knee this time but my back, neck and elbows that were screaming by the end 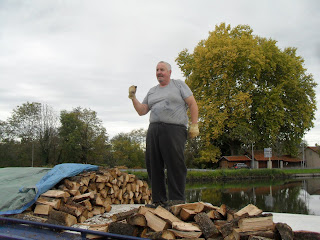 However, the feeling of satisfaction at the end was immense, but I have got to lose more weight this winter 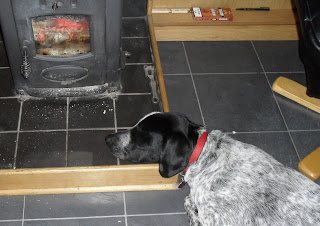 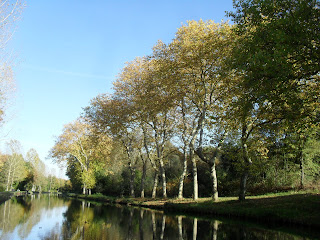 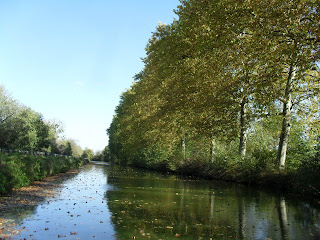 But you can tell it had been closed for over a month as the build up of tree debris was significant and much forward and reverse had to be regularly employed to clear the prop. 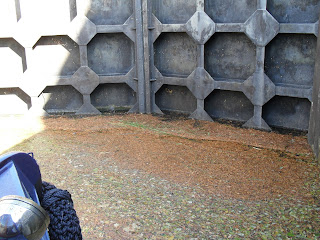 We are now in Montceau and secured on the same winter mooring as last year.  We closed the season having spent almost 200 days out exploring the Burgundy canals in full.  We had a great time and met some great people and visited some beautiful places.  Next year is still up for discussion but wherever we go  it will need to be special to match up to this year