Well only to be expected I suppose after such a heavy indulgence over the last three weeks my body finally decided to put up a little protest.  We went to bed late last night after bringing in the French new year and stayed up to bring in the UK an hour later.  Early, this morning my body finally rebelled and it has kept up the rebellion all day so far.
We arrived back on the boat on the 27 December after spending 18 days in the UK.  It was to celebrate my daughter’s big birthday and welcome my son and his girlfriend who traveled from Guernsey to spend Christmas as a family in Wales.  The first time we have all been together as a family for 3 years. 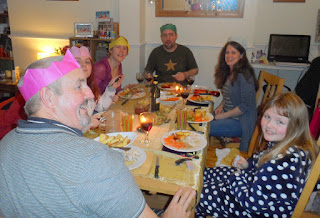 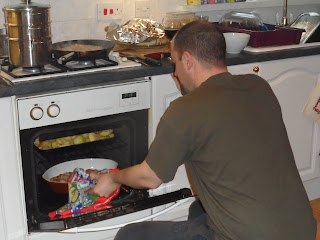 And after the big meal the usual sleep on the sofa watching a film is required…was it a good film!!

Gladys was an angel during our trip, she traveled without complaint over long distances staying in different locations with different people, and she really enjoyed the beach. 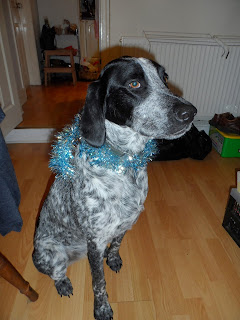 But we are back now and getting sorted and whilst the weather is still mild, and it is only 10 weeks before we set off for summer 2013.