Its been a few weeks since the last Blog, and our plans to venture up north to the Somme and even Leers Nord in Belgium have been dashed by the weather.

They say that June is known in France as ‘Wet June’. well they may have to rename April and May as well,  it has been wet for several months with the odd very hot day/days thrown in followed by biblical thunderstorms. 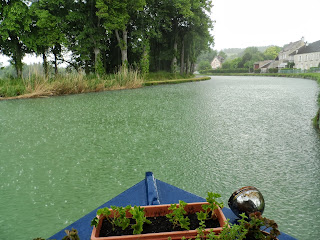 The plans have changed and we are staying on the Bourgogne for now and our good friends Simon , Lou and little Stanley are coming out for a little holiday next week and we will probably entertain them around Tonnerre,Tanlay or Ancy.

We left Pont Royal, what a nice spot that is, and not before Gladys had a final fling with ther resident black Labrador. 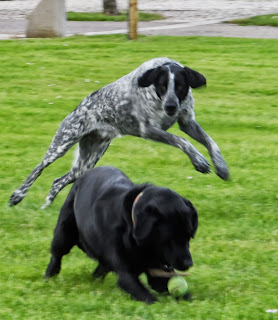 The aim was to get to Migennes at the end of the canal and look at the river Yonne to see if it had calmed down enough for the journey up north. 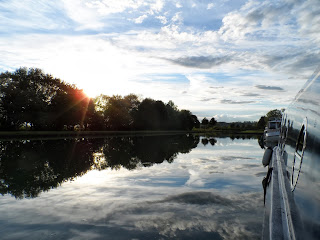 A beautiful sunrise on the way , just for Marco! 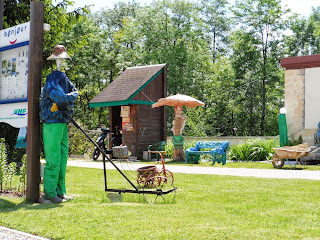 And the odd lock with strange statues 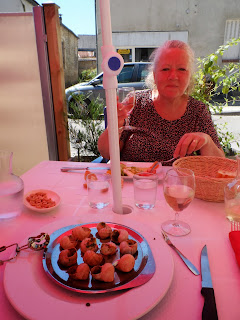 A feast of Burgundian snails 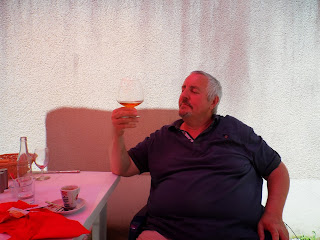 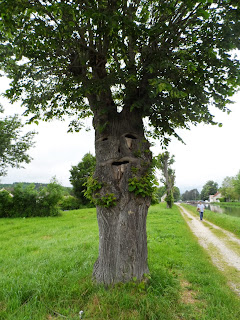 A feature of this part of the Bourgogne is the regular Tree men carvings, does not seem to damage the trees. 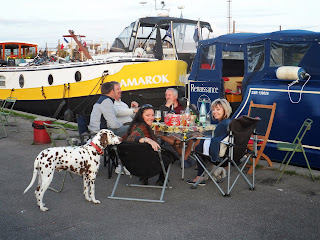 finally arrived at Migennes where we met up with Adrian and Lorna, and Chris and Jac.  There was also a bit of a music fest going on that weekend right by the boats! 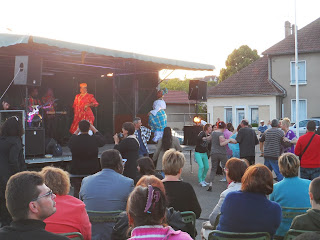 but Gladys was not disturbed by the setting up anntics 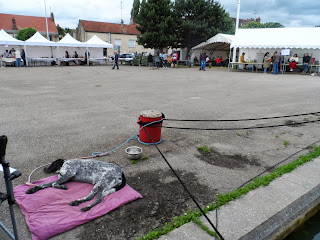 And finally an arrrhh picture of newly hatched swans making a first outing with mummy. 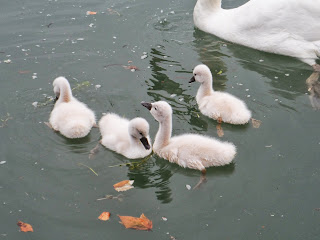