The French certainly take the actual 11 day of the 11 Month very seriously, with a big turn out and a national holiday to boot.  In the UK we emphasise the Sunday with all the marching, and bands but here they do all that and more on the day itself. 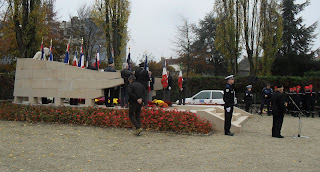 Even in this small town hundreds of people turn out to remember the fallen and any local cadet organisations and band turn out looking quite splendid.

I am also pursuing a big project in the town, to try and convince the Mayor to apply for funding to refurbish the old coal washing plant, known locally as the the ‘Lavoir’ into a large boat marina and boat repair yard. 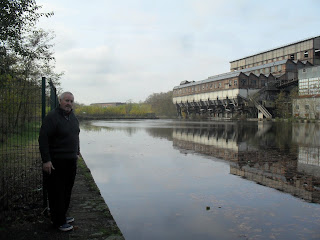 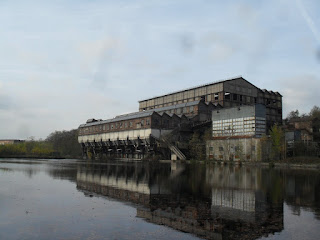 It would not take too much to get it operational but the large building in the photo would need to be left for the time being as to demolish or refurbish that would be major operation.  However, it is sound and could be left fore the time being whilst the main marina is developed and the moorings set up.  A dry dock can also be built at low cost at the other end of the basin.  In any event I have sent an outline proposal to the mayor and I understand from my sources he has received the idea sympathetically.  Watch this space