You may recall that I said earlier that the French canal authority (VNF) were threatening to close some canals because of  low water levels due to the lack of rain…well maybe not now as it has been raining almost constantly for at least a week now, and is forecast to continue for the rest of July.  August looks good!!In the last week we have left the beautiful Seille river, travelled on the mighty Saone stopping at the ancient town of Tournus  on the way and then turning onto the Canal Bourgogne to begin our reverse trip around the Bourgogne and the Nivanais and also meet up with Simon and Lou and young Stanley at the end of July.The following pictures hopefully give a taste of the last seven days.  The first is me writing the last Blog with Gladys helping by holding up the table! 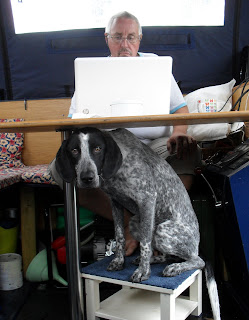 The end of the Seille river at the moorings at  Cuisery 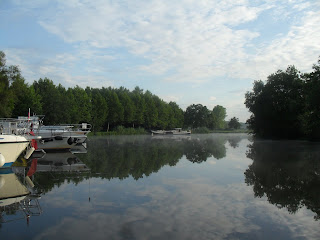 The Capitan delivering the morning bread to the boats on his motor bike , please note Catherine, we do not get this service yet at Montceau-Les-Mines 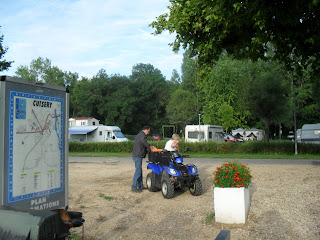 You get some odd boats every now and then 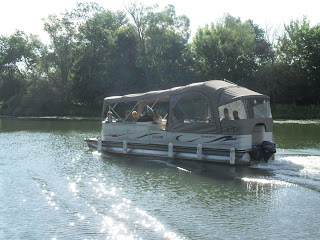 and when we entered the Saone river some mighty ones 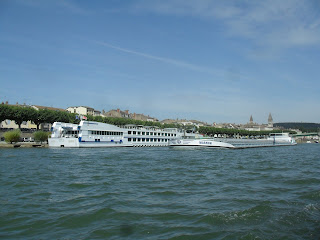 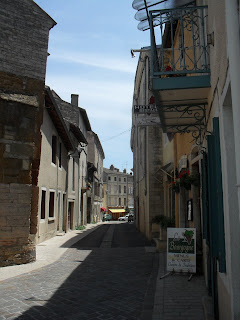 Ian, our Aussie pal on ‘Wobbe’ wondering why he is lost 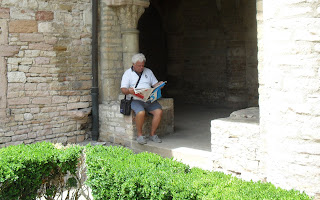 Catch those rays, the clouds are looming 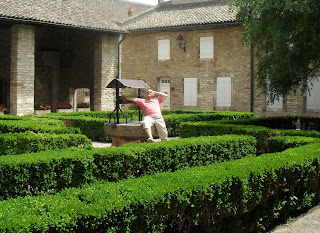 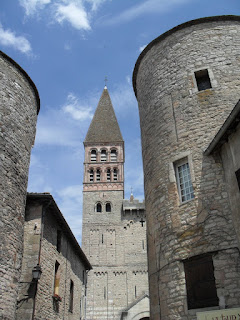 Just strolling around we came across a French wedding, the photo call was just as shambolic as it would be in the UK 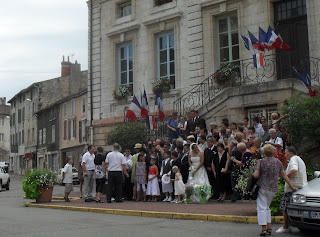 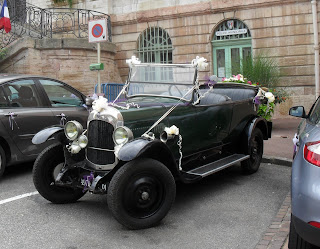 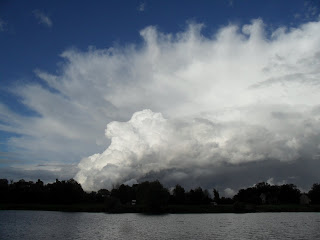 and the famous ‘biscuit’ house near Gergy 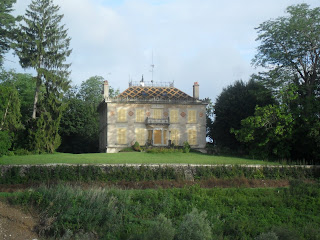 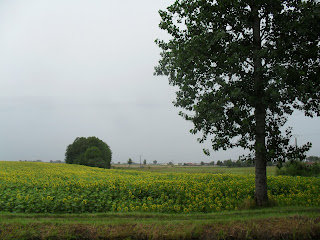 And the mooring at Dijon where we are today 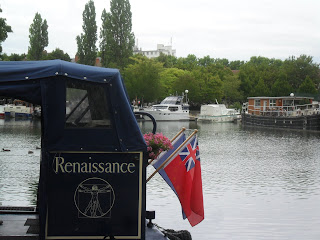 Don’t know when and where we will get WI-Fi next but when we do I will update.