It has been 10 days since the last Blog, and so much has happened in that short time.
First we got unstuck at Digoin when the lock was repaired on time and made our way via Beaulon, lovely spot to stop, and Gannay to see Mark and Celia and onto Decize to prepare for the dry dock experience.  I was a little worried at the prospect of the dry dock, never having had the experience before. 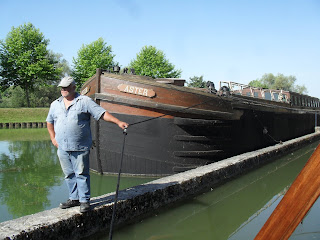 But my fears were put tyo one side as we slipped effortlessly  into the dock marshalled in by very professional workers from the VNF, (French equivalent to British waterways), the water took a few hours to completely drain out of the dock and begin to dry out , however, the 40o of heat we  experienced on Monday helped in one way as the dock dried out rather quickly, but the downside was that it was too hot to start any serious work. 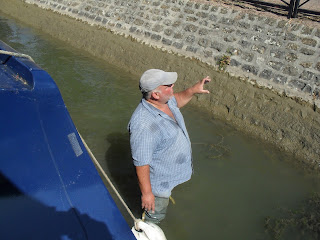 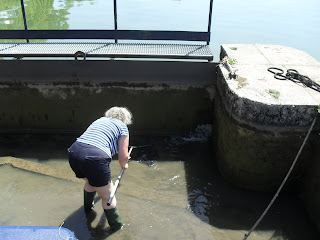 Mark was due to arrive in the afternoon to do the work on the Y valve for the toilet which would involve cutting a hole in the side of the boat, but due to the incredible temperatures we rescheduled for early on the Tuesday morning and when I say early Mark arrived at 06.30 to do the work but even then the temperature had climbed to 28o before he left a couple of hours later but at least that left the rest of the day to start to anti-fouling painting 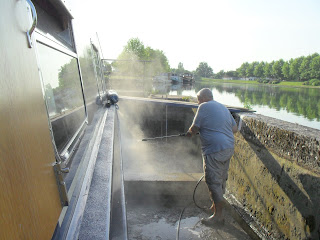 Cleaning down with a powerful jet wash 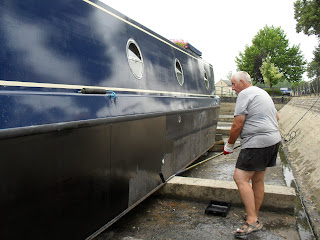 and then three coats of anti-fouling 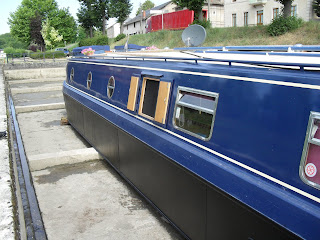 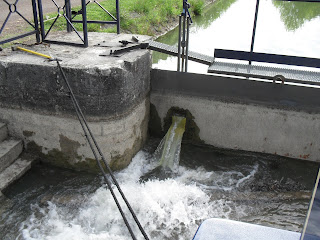 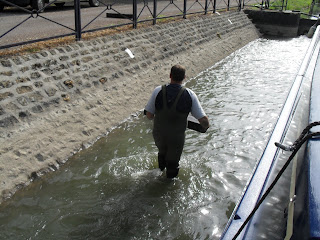 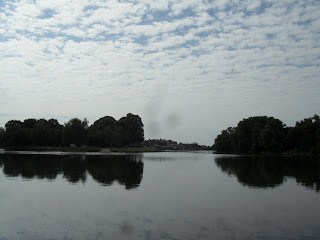 and then back afloat on the Loire