Back at Cappy, after a lovely trip down the Somme to Corbie with Paul and Dawn on Casey May Too. 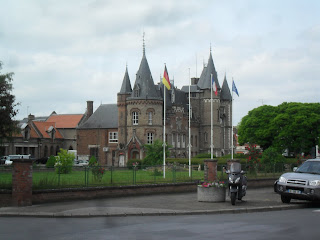 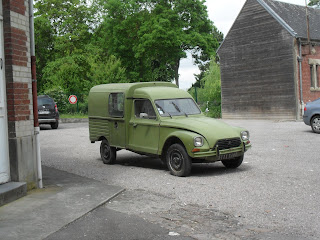 I wanted to meet the Frenchman driving this van, I just had  a picture of what he would like complete with beret 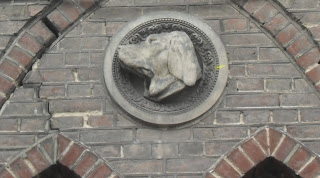 This was one of a number of carvings on the town buildings this one just happened to be the spitting image of Gladys, when did she pose for that!
This town is known for the final flight of the bloody red baron, Von Richthoven, when he met his fatal end over Corbie April 21 1918, also more soberly it is where 11,000 Australians soldiers perished during the heavy fighting around the town.. 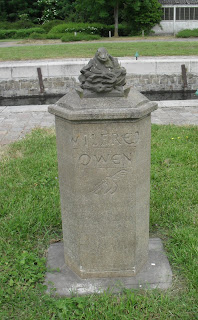 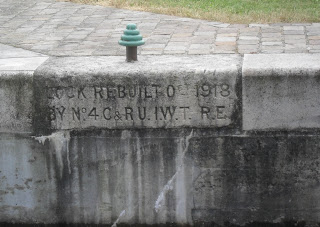 Also at the same lock is a plaque recording the rebuilding of the lock following war damage in 1918 by the Inland Waterways Section of the Royal Engineers.  There was something very uplifting here,  that after such a bloody conflict where many thousands of their comrades died a small section of the British army took time to rebuild a French lock before returning home
The original plan was to go on as far as Amiens and see the son et Lumière at the cathedral, but there are problems at Amiens with all the services turned off and the nightly light show at the cathedral does not start until the middle of June.  So decided to return to Cappy, lovely spot, for the weekend before pushing on towards Lille next week and the bonus is there is good Wi-Fi here so can update the Blog and catch up on emails and talk to family and friends before venturing into the unknown again.