Well we have had a busy few days.  We left Pouilly with sore heads on Monday and in 6 days we covered 164 kilometres of canal and river, 79 locks and a 3.3 kilometre tunnel.
It was never our intention to do so much in such a short space of time but several factors came together to push us on.  Firstly, the weather was bad this last week; we left after thunderstorms at Pouilly and have had drizzle and generally unsettled weather all week. Next the Bourgogne canal is not great after Pouilly with the long stretch after Dijon being the most boring canal on the system, dead straight with regular locks clogged up with weed and sloppy lockkeepers that meant many stops to clear the weed hatch.
To be honest we were very happy to get off the Canal de Bourgogne and onto the Saone River for a break from the stop start at the numerous locks of the Bourgogne.  The Saone is a beautiful river but with very few stopping places and only a few locks so you can cover good distance in a short space of time at a very gentle pace.
We are now at one of our favourite stopping places, Fragnes, at the start of the Canal du Centre.  We will stop here for the weekend and leave on Monday after lunch for Montceau.
The following photos hopefully give a flavour of the last week 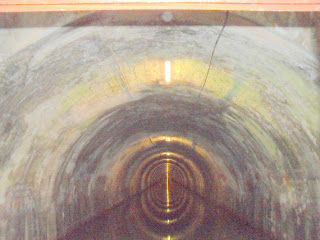 The start of the long tunnel at Pouilly, it is well lit and dead straight and a marvellous feat of engineering 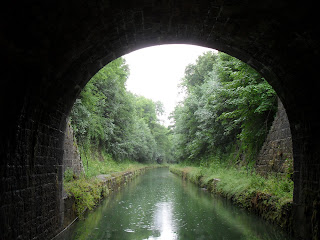 Emerging from the tunnel, as you can see the weather was not inspiring 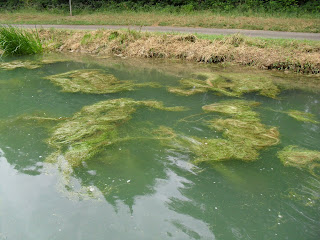 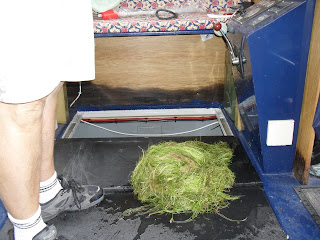 This is just one session of clearing the muck, you see it is not all glamorous 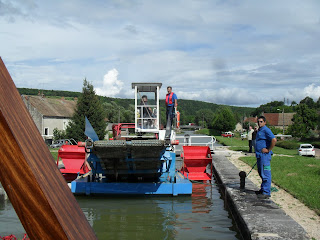 Ah ah, the weed cutter arrives behind us, a bit too late for us but hopefully barges now leaving Pouilly will have an easier time 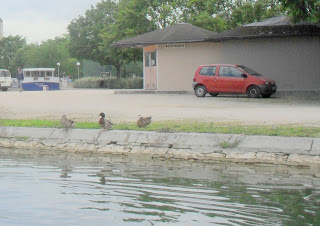 This is Trusty, it used to be called Rusty, it is the shared car between us and Len and Marion the Aussies.  The name had to be changed because Marion insisted the the car did not like the name Rusty!!! 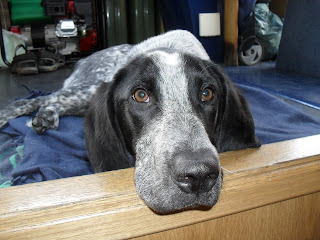 Gladys in her favourite dossing spot 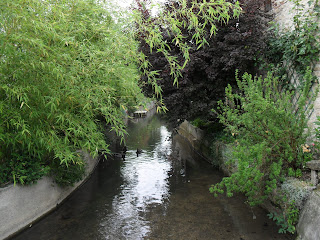 A little idle near Dijon 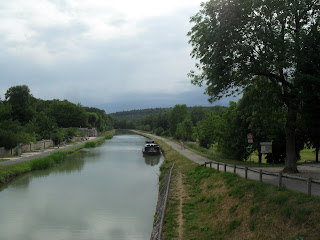 unwelcoming weather in an open countryside 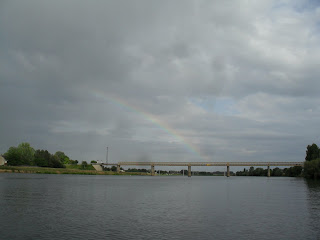 The mighty Saone river, such a contrast from the canals 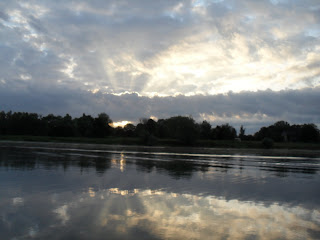 An early start at Gergy 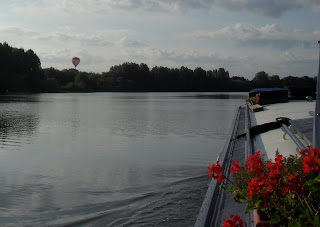 Suddenly a hot air balloon popped up from behind the trees 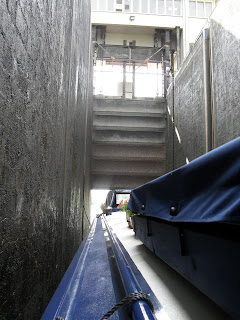 The grand lock at the start of the Canal du centre, 11 meters deep! 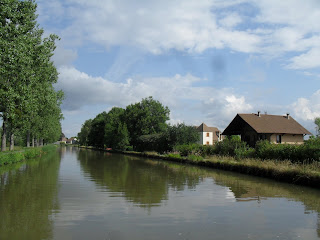 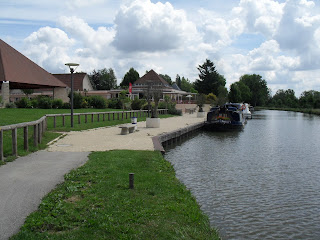