Fete du Canal arrived and a good day was had by all, but mostly by  the visiting boat owners as can be seen from the following Photos.
There was a Hog Roast and the chef was well into the cooking process at 7am when I took Gladys for her early morning romp. 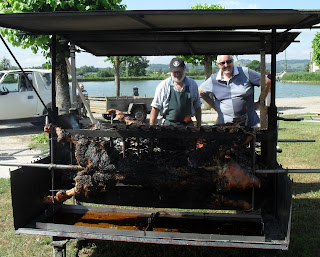 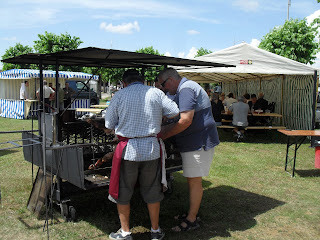 The afternoons festivities got off to a relaxed start with some southern hemisphere folk, Bob and Jackie off Tara  and Karen and Bruce off Atlantis 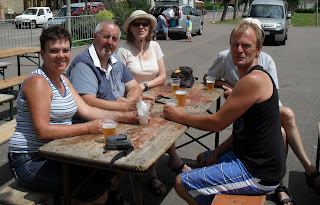 The chef felt some sympathy for Gladys and handed her a small bone from the hog roast, Christmas comes early for Gladys 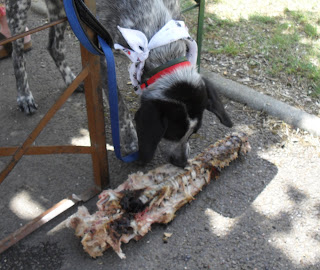 The party started to get out of control when some unruly Brits arrived from other boats, and the French started to leave the scene! 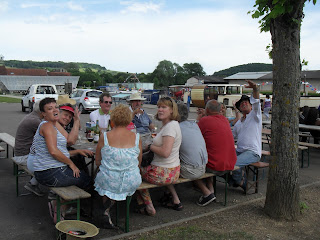 Really girls a bit of decorum required, Terry, Jackie and Lizzie spent the night in the local cells 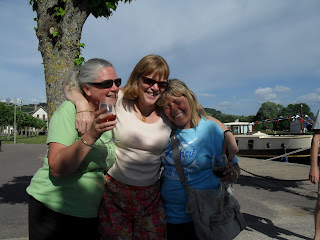 and the wine made me go temporarily deaf, …..not fair taken advantage of the elderly when they are a little worse for wear So with a bit of a sore head it is time to say goodbye to friends and Pouilly-en Auxois and head south.