Auxerre is a splendid medieval place, well preserved and dripping with history and slightly odd. 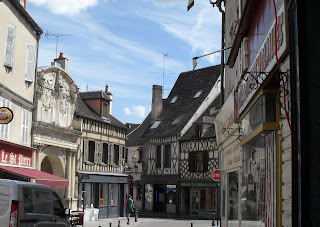 There is a statue here of a man called Cadet Rousselle, who it appears was the town eccentric and who had a song made about him, a children’s nursery rhyme sang to the tune of ‘here we go round the mulberry bush’ ,
Cadet Rousselle has three outfits,
Cadet Rousselle has three outfits,
Two in yellow, the other of gray paper,
Two in yellow, the other of gray paper,
He wears it when it’s freezing,
Or when it rains or when it hails …
Ah! Ah! Ah! Yes, truly,
Cadet Rousselle is a good boy! ..
And as with many children’s rhymes, it makes no sense but has a charm and has endured throughout the centuries and today they have built a statue to him which is also full of eccentricity. 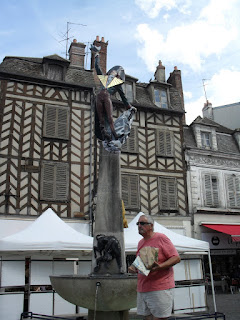 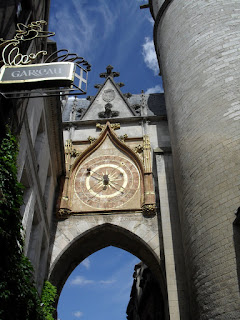 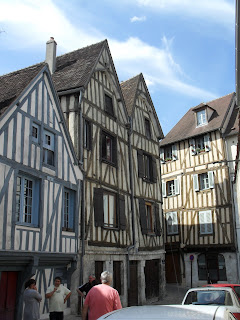 and also to walk through the beautiful local park situated very near the centre. 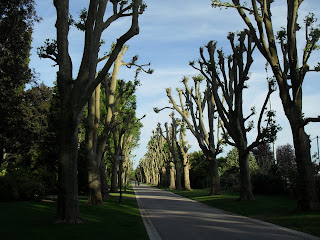 I the end we found ourselves scurrying back to the boat as the heavens threatened a downpour, and I am writing this blog update on the back of the boat, with thunder and lightning all around and rain hammering on the canvas above my head. 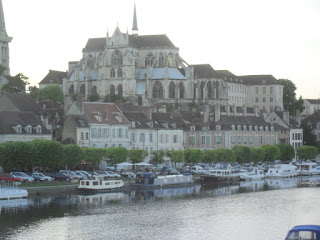 Had a phone call earlier from Len and Marion aboard Pierre le Renard, they over wintered their boat at Montceau next to ours, they are a short distance in front of us at the start of the canal de Bourgogne at Migennes and have invited us to dinner tomorrow night, so we leave tomorrow for a dinner rendezvous and no doubt a very boozy evening.
I will update this blog when I can but there are very few opportunities for internet connections in the next few weeks so I will get it when I can. 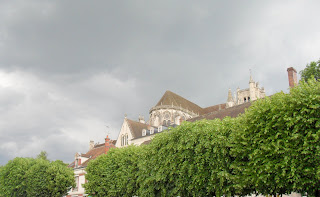