Day 3 was one of those perfect days, it opened with a cloudless day and we were in shorts and a t-shirt by 9am.Our friends Carmen and Marco arrived at the boat with a cup of proper Italian coffee for us and a couple of chocolates to go with it. Well that started the day well. …What a buzzWe quickly arranged to get together after lunch for a game of boule, during the day we also met up with some new friends Penny and David, on the Dutch Klipper ‘Johanne’, and they agreed to join us for the Boule later.

The morning was then spent working on the boat mainly cleaning and a bit more painting then stopping for a great lunch eaten outside in the sunshine.

The game of boule got underway after lunch and went on for a few hours with much laughter and open mouthed astonishment from a group of on looking French retirees. In the most part we were that bad but nobody cared. For the record Penny and David won and they had never played before.

Afterwards we sat outside until dusk, still in shorts and T-shirts, eat a late dinner and then climbed into bed, a great day nearly perfect. 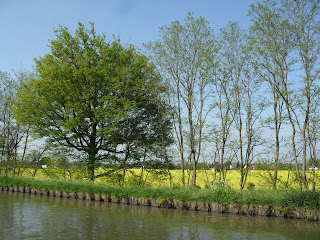