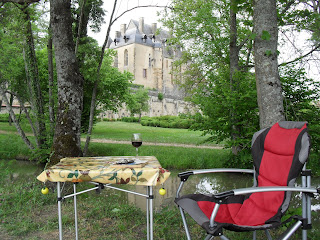 A little light lunch before setting off.

A fascinating 5 days travel, at first up to the summit of the Nivernais at Baye then through a series of tunnels where the Hobbit could easily be filmed with its grottos and fantasy backdrop and then down a whole series of locks, 27 locks in 10 miles and finally into Clamecy, an old town built on a steep hill with a maze of narrow winding streets lined with beautiful houses.  We will stay here for part of the weekend as there is a large street market here tomorrow, and then we will leave on Sunday morning to continue our meander down the Nivernais.
The following photos provide an idea and feel of the terrain of the over the last 60+ kilometres. We have not done the Nivernais before so my thoughts are simply first impressions but we love it.  It is not for anyone who wants loads of company and facilities because they are in short supply on this canal but the scenery and sense of tranquillity are jaw dropping.  Having said that, it is good to wander busy streets again for a short while, when you do come upon a large town like Clamecy,. 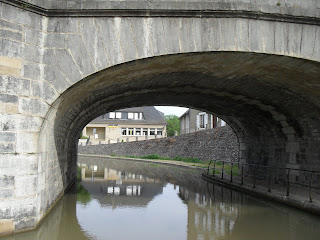 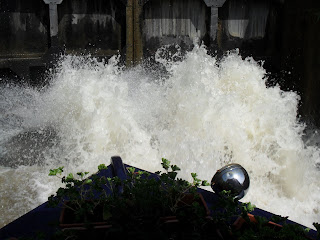 One of the more violent locks, Terry got a bit wet here..and watered the flowers 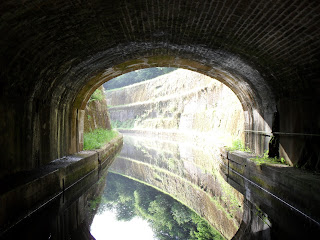 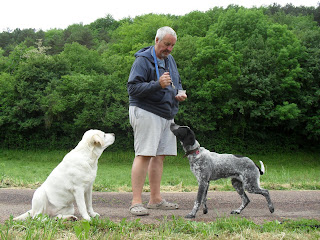 Gladys meeting some friends along the way 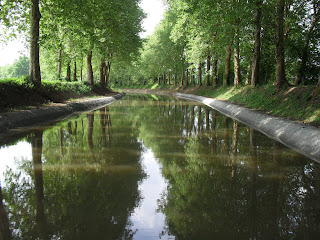 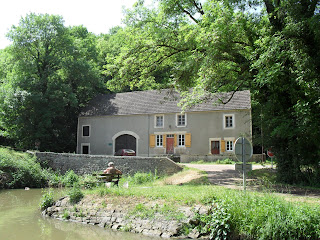 Up to today we have had free moorings throughout our time on the Nivernais but we had to pay today for the first time, a Municipal police officer arrived at 9am with his receipt book and pen looking a bit official, but this was a sham as when he asked how long we were staying, and I replied 2 nights he said in French,’ ah ah…6 euros a night…2 nights… that makes 10 euros’..I paid the 10 euros and we both broke into enormous grins and wished each other a bon weekend, even the local police are funny.