We went over the summit of the Nivernais yesterday and are now heading downhill to Decize.  We are stopping for a couple of days in Chatillon as it is an interesting place and  a good spot to chill out and stock up with shopping and a bit of diesel.  Also the electric supply is good and there is free Wi-Fi, (take a note Catherine)
The reports say the Canal du Centre will close this Monday September 12 at 7pm.  So we need to hang around somewhere to wait for the reservoir to fill up enough for them to reopen the canal.  I cannot help wonder if the closure is political as the water levels appear OK on the Bourgogne and the Nivernais, in fact better than when we did the trip the other way round in May this year.
We had some fun and games this morning.  We stopped last night on a green bank mooring near a bar, but I awoke with the distinct feeling of having had too much alcohol but we had gone seriously aground and had to have some serious help to get off, see photos, we had three lockkeepers pushing the boat off and four fishermen pulling her from the opposite bank.  The whole incident took over an hour but we thanked everyone profusely and got underway and still made Chatillon before lunch. 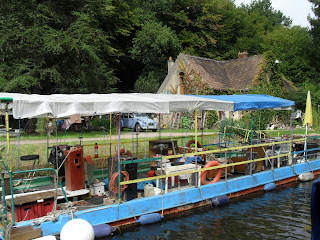 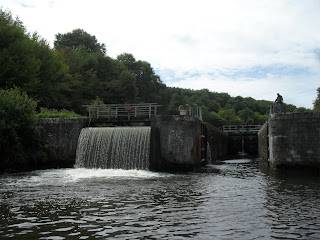 Near the top there are some dramatic lock entrances, keep right..keep right!! 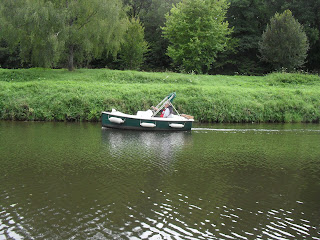 We had to wait before being allowed through the tunnels at the summit as we were told a boat was coming through, after half an hour wait this glorified pedalo emerged. 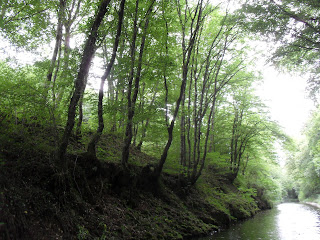 The route through the tunnels is always a bit mystical 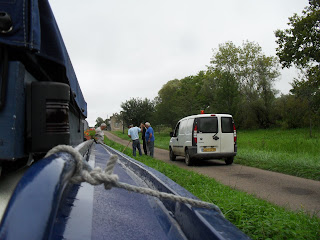 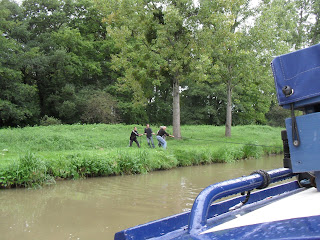 These were the four fishermen on the other bank pulling for all their worth, a great joint effort 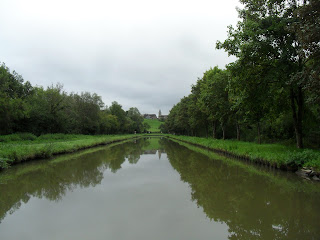 And eventually onwards to Chatillon