Its very hot, recorded 40o today and we are due the same tomorrow closely followed, so the forecast says, by thunderstorms Monday or Tuesday next week.  No change form the good old UK then.

We have had an interesting and hard week travelling 230k and moving from Givet on the Belgium/French border to the grand city of Rheims north east of Paris. 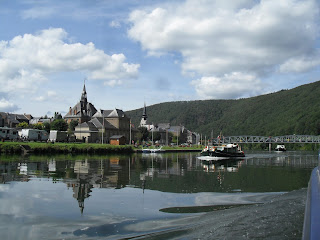 The journey down the grand river Meuse was very stunning, and the weather was getting better every day. 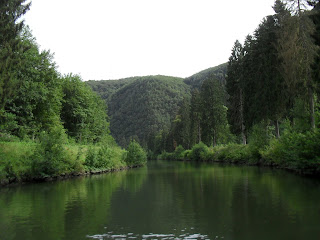 Grand forests and a slow moving river, but very little company, one day we only saw one boat and this is August!! 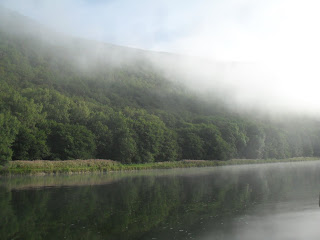 An early morning start, but the mist was soon cleared by the strong sun 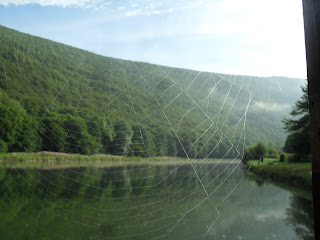 The spiders are very active this time of year 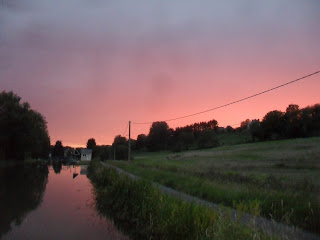 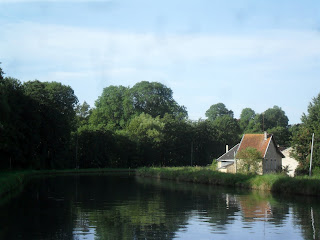 Next two weeks we will head south west to Paris via the Marne. From there it will be due south to Decize.