Its September already and autumn is just around the corner.
Right now we are in Clamecy having spent the last week cruising the Nivernais from its start in Auxerre to one of our favourite places, the medieval town of Clamecy.  For those of you who follow the Blog you will know we have stopped here before, in May this year, we enjoyed our stay last time and this time we intend to stay for 5 days as Harry and Marion are due to arrive for a visit on Monday and Clamecy is a good a place as any to entertain visitors, even Harry and Marion!! I am trying to give my liver a bit of a rest for when they arrive.
The following are a small sample of the photos Terry has taken over the last week and give a little flavour of our journey 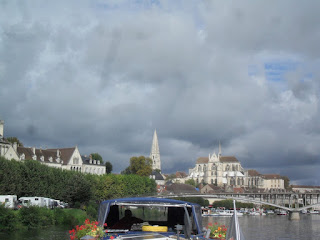 Leaving the magnificent city of Auxerre 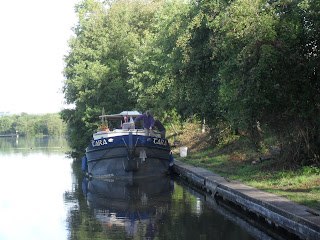 Meeting up with old friends Bob and Jackie at Bailly, there are hundreds of Australians around this year, but luckily most can take a joke about the cricket!! 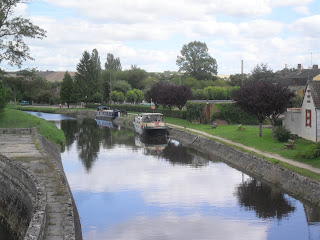 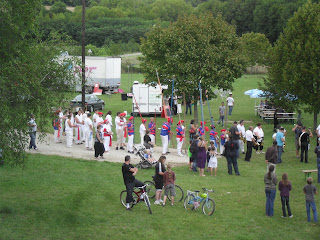 Teams for river jousting turned up in fine regalia 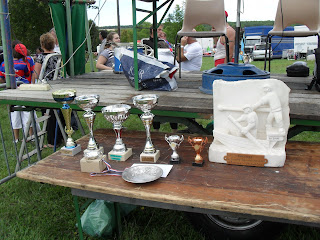 and the French do love a trophy or two 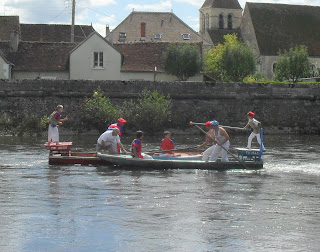 good fun seemed to be had by all 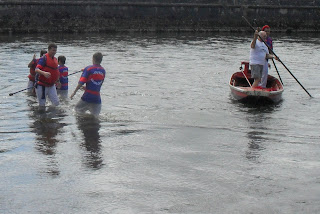 and some got very wet which perhaps was the whole idea, but very shallow so no real danger 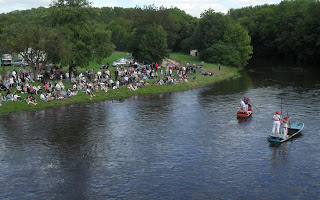 the whole village turned out to support the event, impressive. 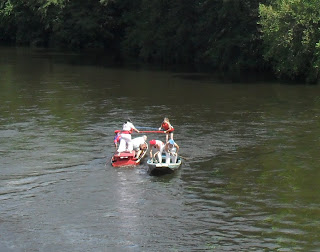 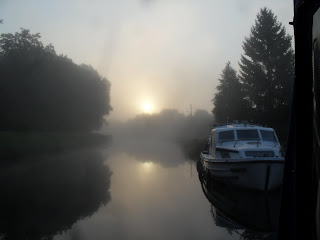 A beautiful  misty dawn in Acolay 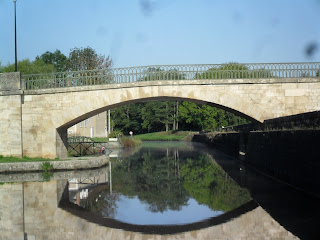 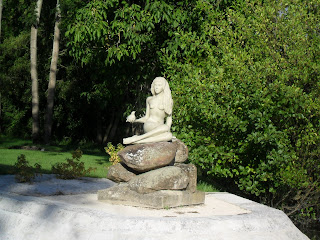 My favourite statue at Mailly 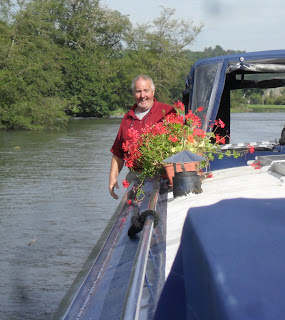 The sun is up, the boat is going fine, and the views are incredible, life is good 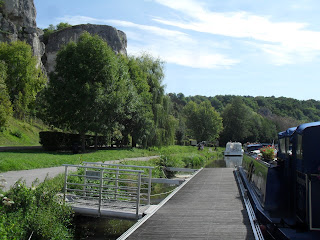 The fine mooring by the climbing rocks at Rochas 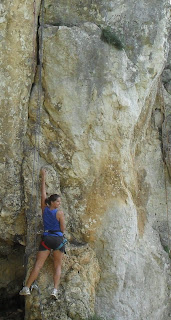 And a mighty fine climber to savour

Children adventure groups were also out on the water 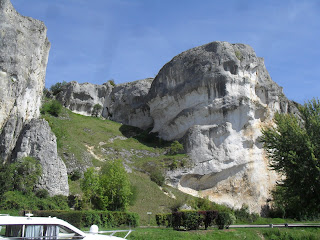 Unfortunately, did not have the time to climb up myself maybe next time 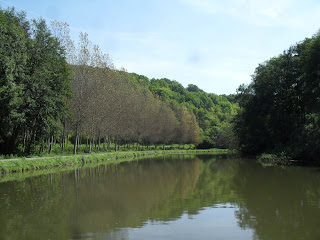 after the busy stop at Rochas, a tranquil stretch leading to Clamecy 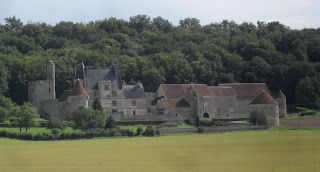 In the guidebooks this is described as a fortified farm, would liked to learned more about its history, made a note to do so next time. 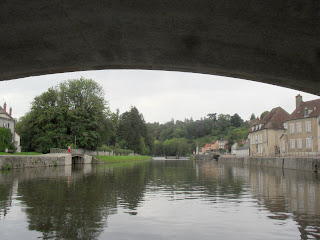 The entrance into Clamecy along the Yonne river.