There was a free open air music night in Auxerre last night, so we dressed up a bit and strolled into the town.  The weather was still very warm  and it was very pleasant just strolling through the streets and stopping in the square to listen to a band called ‘Recont-MWA’ which we decided was a play on words meaning ‘Tell Me’, anyway they were a cross between ‘Madness’ and a Jewish celebration beat combo.
They were very good at what they did but after about an hour we had enough of the Barmitzfa-skar beat and we continued our stroll up into the main town square where all the important buildings were illuminated.  It was delightful but we did come across something bizarre as can be seen below. 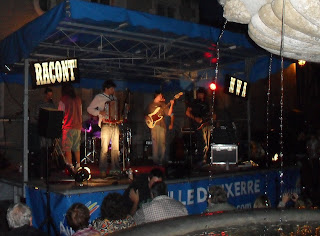 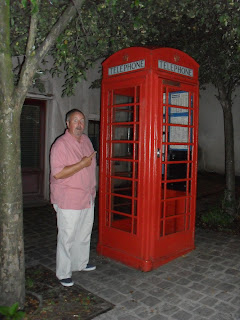 This was strange, I expected Dr Who to emerge any minute

The weather changed overnight and a thunderstorm hit in the early hours of this morning and we have had constant heavy rain so far today.  If it brightens up later we may move on , and if we do we do not anticipate any Wi-Fi for several days and the next posting will probably be when we hit Clamecy.