At last some internet, so able to update last week’s Blog from Ancy and now arrived in Tonerre after a fine stop for most of the week at Tanlay, highly recommended if anyone going this way.
Left Jo and Jana at Tanlay while they wait for their new inverter to arrive, they will probably catch us up before we hit the bottom of the Bourgogne at Migennes.  Found Bill and Jen at Tonerre and they gave me lift up to Auchan supermarket where there is free Wi-Fi.
We are traveling very slowly staying for several days at most stops and only doing 2-3 hours cruising when we do move. It took just over two hours today to do the 10 k from Tanlay to Tonerre, we love this new pace it is very relaxing almost soporific. 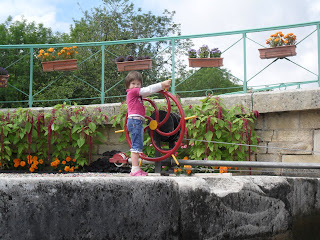 This is the youngest lock keeper we have come across  to date!! 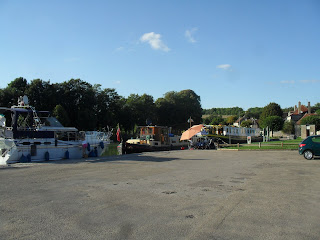 The well appointed moorings at Tanlay 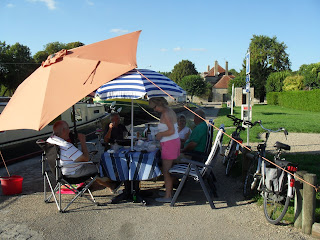 Plenty of room for Barbecues with Jo, Jana, Bill and Jen 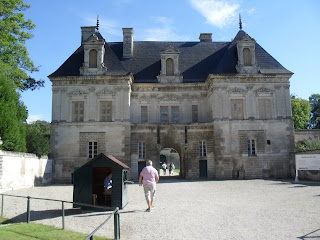 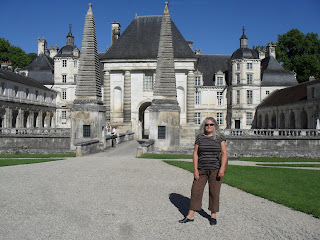 A rare picture of Terry outside the château at Tanlay 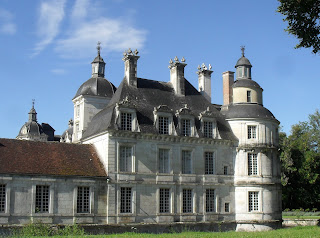 It is an awesome building with its own golf course, but you still need help finding your balls 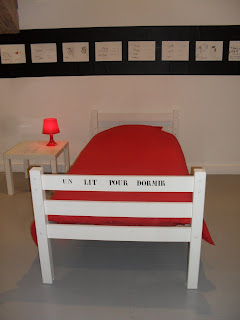 next to the château in the old stable complex is an art centre, and it is one of ‘those’ art centres where little makes sense. A bit like the Ikon gallery in Birmingham!! 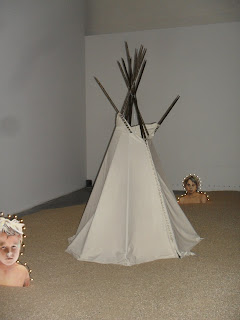 This was a slightly disturbing display of young boys heads set in sand with halos of light round their heads and teepees nearby.  Make what of it you like. 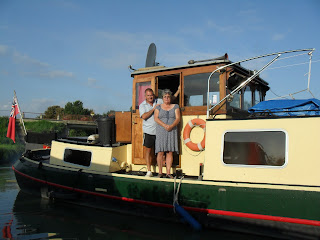 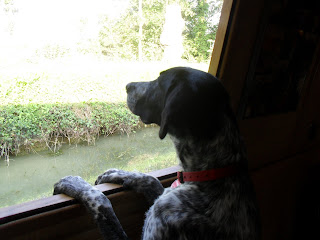 We off again Boss!!