Well July was busy and entertaining and very hot.

First, we had visitors for the first two weeks in July.  Our good friends and ex neighbours, Simon, Lou and young Stanley had a good time and we greatly appreciated them and the effort they made to get here. A good time was had by all. 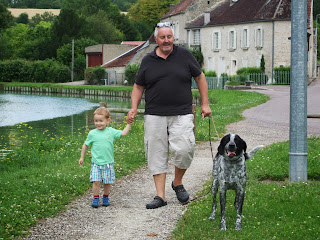 From Tanlay we finished off on the canal du Bourgogne and spent some days at Migennes with our new friends Chris and Jac on their boat Joli Roger, before moving onto the river Yonne and the start of the Canal du Nivernais.  We had decided to join the Fete Nautique at Chatel Censoir and made our way there via a very nice stop at Mailly la Ville. 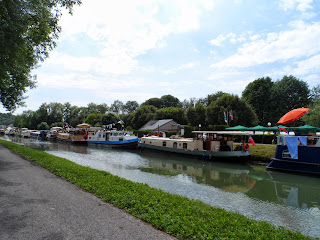 The Fete was well attended mainly by British boats, 25 boats in total and plenty of activity was laid on 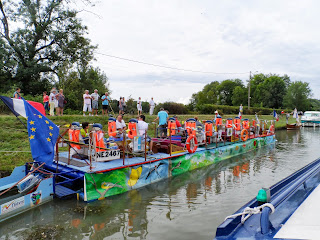 Including a visit from the giant pedalo, where you could jump on and peddle away in 90o heat, no thanks I will pass this time 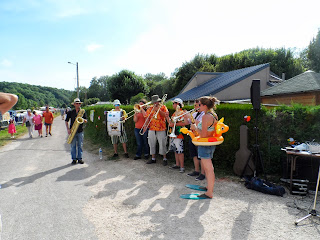 There was also a visit from a bizarre brass band, look at the dress sense of the girl on the far right, but they were very good musicians 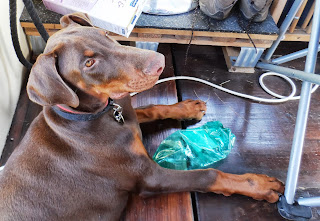 We also had a lovely visit from Marc and Celia who brought there new puppy Hal, what a splendid dog, lovely nature and quite keen on Gladys…easy tiger 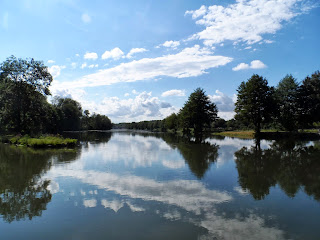 After a hectic July we wanted a quiet time to recharge the batteries and found that south of Chatel Censoir, heading for one of our favorite spots Clamecy 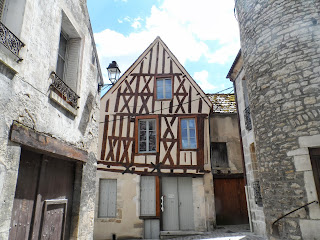 The old streets of Clamecy throw up a few beautiful but slightly odd buildings.