A family visit, into Paris and then heading south 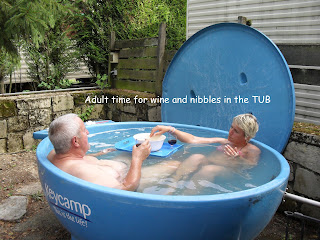 Its been a busy few weeks since the last Blog. We have had family visits,  first by Nicky and Gill who popped in for an overnight stop on their way to Spain, and lizzie and the girls turned up for a weeks stop at the nearby campsite at Vic sur Aisne.

It was great to see them and after such a slog getting up to Vic it was great to just chill for a few days. As you can see my daughter and I chilled out very well in a Keycamp Hot Tub on site. Would like to get one of them for the boat if I had the room. As ever there are plenty of other photos at http://picasaweb.google.co.uk/terrybarrett42. 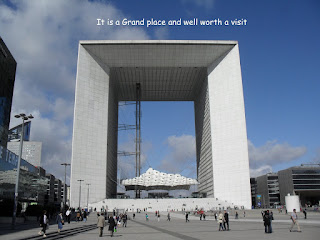 We left Vic sur Aisne and Lizzie and the kids on Sunday 5 September and headed into Paris, via the Aisne, the L’Oise and the mighty Seine. The plan was that Lizzie and the kids would join us for a few days in Paris , after she finished her time at Keycamp, however, that plan went haywire when Lizzies car broke down and she had to limp home early. We arrived in central Paris on Wednesday 8 September and after a good nights sleep at Port van Gogh we headed into Paris by bus on the Thursday.

La Defense is an fascinating place, in pure figures it is awesome;
160 hectares, 3 million sq.m offices, 2,500 HQ’s of leading French companies, 150,000 employees working on site, 600,000 sq.m of apartments, 20,000 people actually live there, 400,000 people visit the site every day, 280,000 sq.m of shop spaces, 50 restaurants, etc etc. So it is huge and it is not until you spend time here that you realise, what a feat of engineering and the realising of a spendid concept it really is. More pics at http://picasaweb.google.co.uk/terrybarrett42 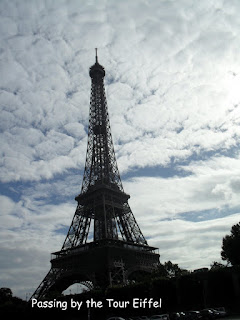 After the day at la Defense we left our mooring at Van Gogh, we headed through Paris on Renaissance. I know we have done this before, and those who have been following this blog and our photos will have seen some of the scenes before, but Paris is such a great city, I don’t know if we will ever get tired of its sights and sounds.

The passage through Paris was great, a little rough on the water with the numerous boats ploughing through the water but not to be missed. more pics at http://picasaweb.google.co.uk/terrybarrett42.

Leaving Paris and heading south to our winter mooring at Montceau, began in rough water through Paris, and became incresingly calm as we left Paris behind and headed up the Seine to Moret sur Loing.  We have stayed here before and it was good to leave the Seine and enter the canal system again.
From Moret we travelled the short distance to Nemours, to rest up for a few days before heading south once again. 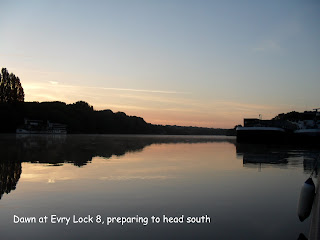