Weather wise it’s been a very miserable week, and we have kept moving to get to the top of the Bourgogne hoping for better weather this coming week. 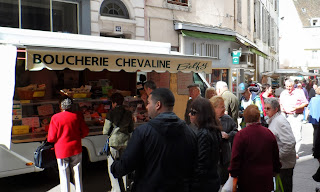 Me queuing for horse meat at the market..he he 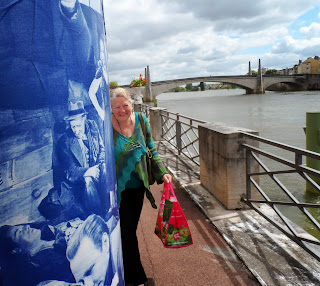 Teresa being playful at Chalon
We left Fragnes and entered the river Saone on Monday morning. 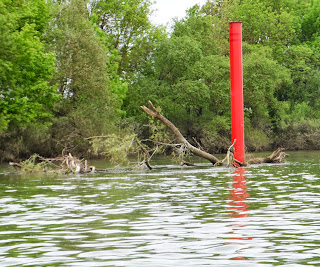 The aftermath of the flooding on the Saone.  I was concerned that the flow against us would be too much for our little engine but it was not too bad.
We made reasonable progress arriving at Seurre early evening, and we met up with Jill and Frank on ‘ Detente’ and had a very pleasant evening.
We both left on Tuesday albeit heading in opposite directions promising to meet up later in the year. 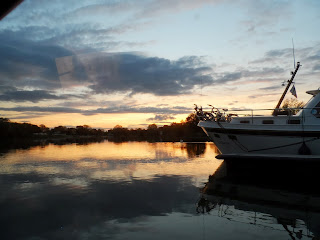 Detente in the sunset at Seurre
We left the Saone later in the day and entered the canal de Bourgogne, mooring outside a large LIDL at St Jean des Losne overnight.
We spent the next 3 days climbing the numerous locks to Vendenesse near the summit. 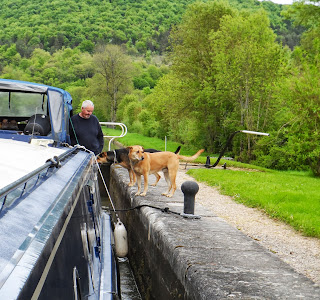 Gladys gets some attention from local lads at a lock. 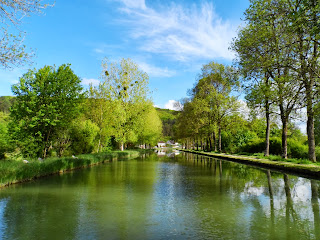 We did have some good weather for brief periods of time and the beauty of the area became clear.
We did aim to stop for several days but the appalling weather returned that persuaded us to keep going hoping for a bit of sunshine near the top.  No such luck at the moment.